What is Spanish Style Architecture?

The Spanish style of home design and the architecture from which it originates goes by many names but is commonly known as “Spanish Eclectic” or “Spanish Revival.” This distinct style has a long history that has helped to shape the residential aesthetic of certain parts of the United States, predominantly the Southwest. By digging into the history and design elements of this unique look, we can understand a bit more about why these homes are so special.

The Spanish Eclectic aesthetic is an amalgam of Native American, Mexican, and Spanish missionary styles. The first appearances of this housing style on American soil trace back to the days of the earliest Spanish settlers as they began to build out their dwellings. These homes were built with the materials that have become defined by their appearance: adobe, stucco, and clay. In this way, Spanish Eclectic shares some similarities with the Mediterranean style of architecture. Over time, this style saw periods of revival, during which construction of these homes experienced an uptick. Throughout these revival periods, additional features were added to the homes to accommodate the needs of modern living at the time. 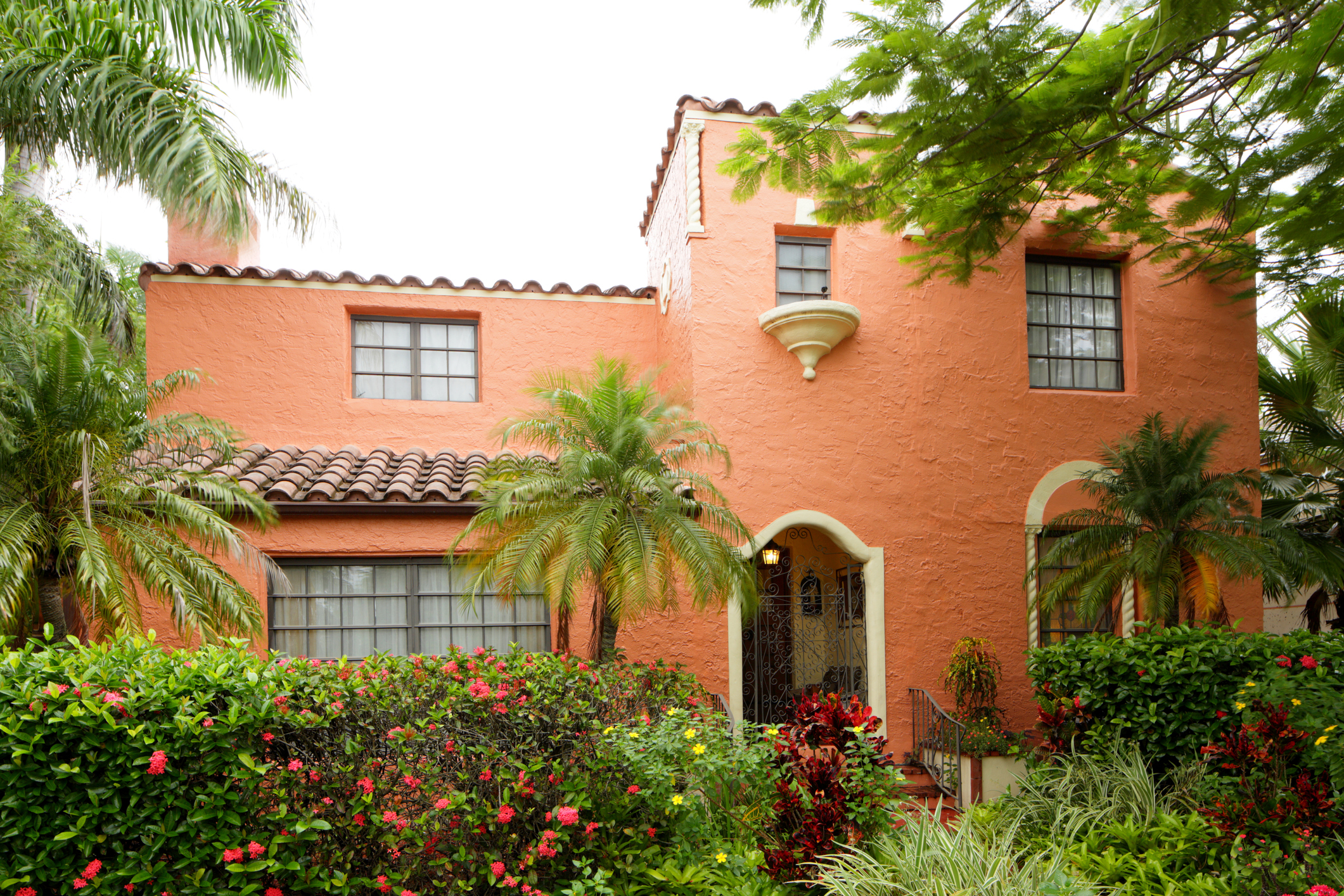 What is Spanish style architecture?

The Spanish Eclectic style has several distinct characteristics in both its interior and exterior design. The thick stucco walls provide the backdrop for their unique look, but also help to keep the home cool during hot days and insulated at night. These homes typically have low-pitched terracotta roofs, exposed wooden support beams, and arched entryways and corridors, reflecting the features of their missionary origins.

Additional design details include wrought iron, colorful tile, and small windows. Though they may not be present in every Spanish Eclectic home due to limited space, courtyards are a common feature of this house style. You’ll often see a courtyard in the center of the home for a plaza-like arrangement, on the side of the home, or in the back.

Related Articles
Design Art Deco Interior Design There are countless interior design styles to inspire your home décor efforts, but some stand out above the rest. Art Deco is one such style. Though its roots trace back to a specific period, its long-lasting relevance has given it the unique ability to feel vintage, modern, and timeless all at once. Whatever home décor goals you have in […]
Design What is Mid-Century Modern Architecture? The mid-century modern movement’s impact on design reaches far and wide. Whether it’s graphic design, architecture, interior design, product development or elsewhere, we see traces of its influence in countless aspects of everyday life today. Mid-century modern homes are known for their signature look and stylistic appeal. Here’s a short guide to understanding the characteristics […]
Design 5 Ways to Incorporate Nature into Your Home Home décor often focuses heavily on the latest and greatest trends. But even the most well decorated home can feel like it’s missing a natural element. Here are five simple ways you can incorporate nature into your home to make it feel more connected to the environment it inhabits. 5 Ways to Incorporate Nature into […]